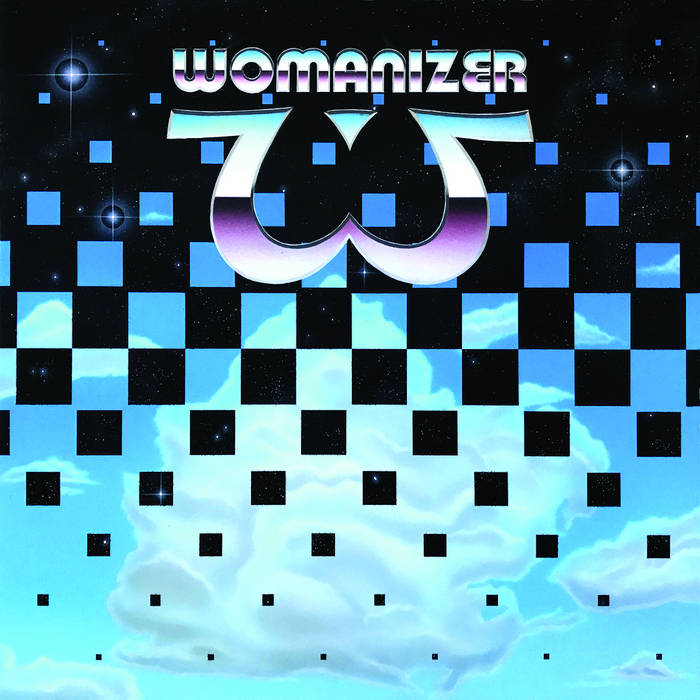 Download the WOMANIER CD for only $10 and receive a free pdf download of "THE HAIGHT" book (normally sold on Amazon for $4.99 on Kindle or $7.99 paperback.)

ABOUT "THE HAIGHT" BOOK: When a young college student gets off the bus at the corner of Haight and Ashbury Streets in San Francisco he is mistaken for a mysterious musician whose reputation has preceded him. He is taken in by a group of hippies and soon meets a young lady, a college student volunteer, who sees him as a comfortable bridge between her middle class world and the world of the hippies with whom she is fascinated. Together they live an Alice In Wonderland existence as they experience psychedelic rock concerts, acid trips, the realities of a marijuana based economy and the violence and prejudice of straight society. It is one summer vacation he'll never forget. A real trip.

Womanizer was formed in 1980 during the New Wave music scene in Los Angeles and the beginning days of MTV. Several of its members were professionals in the Animation Industry and the band was formed as a multimedia act that produced its own original animated music videos.

Within months of forming it became a house band at The Troubadour on KWST Nights (a San Gabriel Valley Heavy Metal radio station) and performed regularly at Madame Wong’s, Wong’s West, Club 88 and other L.A. clubs.

Starting in 1982 the band started recording its first album and released its first three singles as Flexi-Disc© Soundsheet inserts in PaperCuts, The Illustrated Lyrics Magazine. PaperCuts had national distribution and was featured on an episode of The MTV News with Kurt Loder. Their first animated music video produced was Mass Murder Man which was awarded the Gold Plaque in Music Video at The Chicago International Film Festival.

By the time their third issue/single was released the L.A. New wave scene had changed to the Sunset Strip Hair Metal scene and Womanizer, whose humorously ironic name in the vein as other New Wave bands such as The Lounge Lizards and The Marina Swingers was now seen as Metal and sexist, changed with the times to a more Hard rock style.

By the late 80s both the plastic record inserts on which they chose to release their singles as well as their name had become obsolete as CDs were quickly becoming the Industry standard and the name, Womanizer, had lost its humor. By this time the band’s members; Neal Warner, guitar, Greg Piper, vocals, guitar and keyboards, Corey Harris, guitar, Michael Montrose, bass and Patrick Meehan, drums, had all been married and started families and Womanizer was put on a back burner.

2017 is the 30th anniversary of the publication of PaperCuts #1 (now a collector item) which included the first two song single so the original 24 track master tapes have been digitized and remixed for release on CD. The songs have not been modernized or re-imagined but are as they were originally recorded from 1982 to 1986. The songs, which were originally intended as soundtracks to animated films, including themes and stories of sex, sexism, violence, death and failure to achieve Rock & Roll success, were also illustrated in underground comix style for PaperCuts Magazine and were not intended to be taken seriously, although there seems to be a severe lack of a sense of humor here in the 21st Century so the listener be warned.

Bandcamp Daily  your guide to the world of Bandcamp

Benji B talks about his new compilation ‘Deviation Classics’